In June 2001, The first Special Response Team at the Wilson County Sheriffs Department was created. Currently the team is comprised of twenty members, which include one Emergency Medical Technician and one Paramedic. The team also includes a Sniper and Observer and two Hostage Negotiation teams.

The team has been trained to handle such events as a major school incident to a terrorist attack. The team has also been trained on jail extractions should the need ever arise. Team members have received special training on handguns, shotguns, sub-machine guns, chemical weapons, and weapons of mass destruction, including biological weapons and explosives. 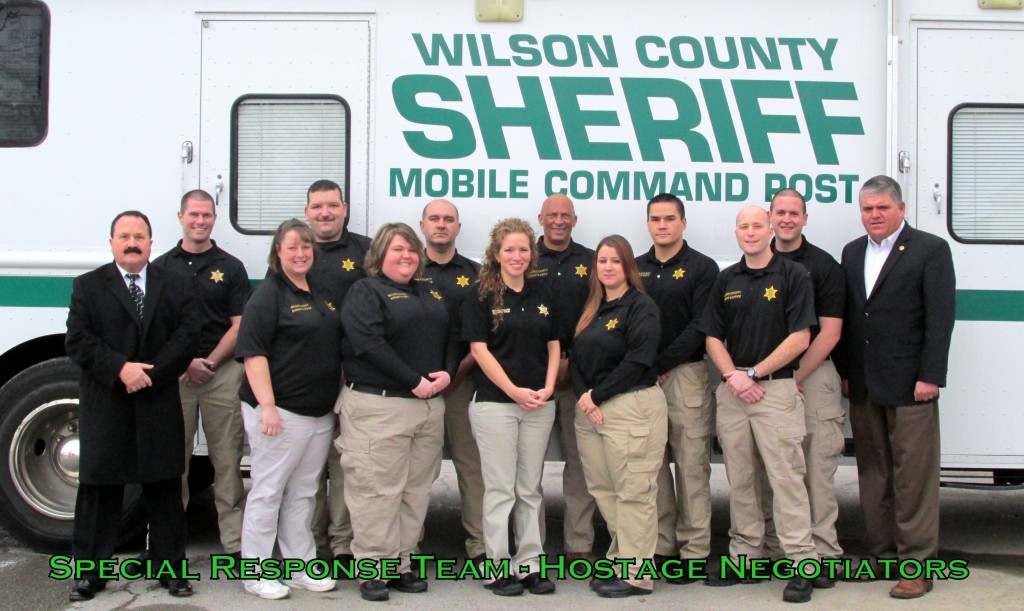