Two men have been arrested and indicted for multiple child sex abuse charges after a lengthy investigation by the Wilson County Sheriff’s Office, Tennessee Bureau of Investigation and the United States Marshal’s Task Force.

Fernando Limon, 23, and Ramiro Limon, 28, are currently in custody in the Wilson County Jail facing where they each face four counts of rape of a child. They are being held under $150,000 bond. In addition, they have a hold placed against them by federal immigration officials because they are Mexican nationals and not citizens of the United States.

Investigators began working on the case in late 2015 and presented findings to the Wilson County Grand Jury, who indicted the pair. The Wilson County Sheriff’s Office with the assistance of the United States Marshal’s Task Force apprehended the brothers from a residence in Antioch without incident on Sept. 20.

“We are extremely proud of our detectives and truly appreciate the help of the Tennessee Bureau of Investigation and the U.S. Marshal’s Task Force for apprehending these suspects on such heinous charges involving our children,” Sheriff Robert Bryan said. “This has been a particularly difficult case because of the language barriers and cultural differences.”

Detective Walker Woods noted the case was especially egregious because it involved children “considerably younger” than the 13-year-old age limit sentencing guidelines involving adults charged with sex crimes involving children. “There have been numerous challenges given the magnitude and nature of the case because of additional time, resources and effort required,” Woods said.

“TBI assisted facilitating interviews with the suspects,” Sheriff Bryan said. “Our Office takes pride in the positive working relationships it has established with neighboring law enforcement agencies and agencies such as the Child Advocacy Center, the Department of Children’s Services, and countless other entities that provide assistance as well victim support and resources.”

If convicted, the suspects face up to 25 years in prison on each count of child rape involving a child less than 13 years of age. They could also be deported without the ability to re-enter the United States without Federal prosecution. 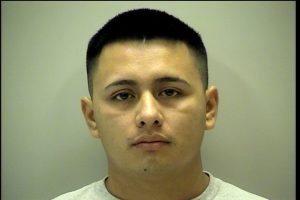 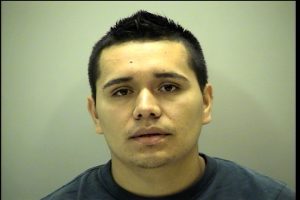