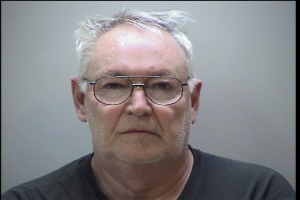 LEBANON, TN – A local man who was accused of threatening multiple public servants and private citizens throughout the middle Tennessee area plead guilty this morning in criminal court. Multiple agencies worked collaboratively in executing search warrants on a property located at Young Road last February as a result of a lengthy investigation on Phillip Wayne Foster.

“The letters included threats of bodily injury and/or death, bomb threats and threats of distribution or delivery of chemical agents,” stated Wilson County Sheriff Robert Bryan. “This was a lengthy investigation for our Criminal Investigations Division, led by Detective Mike Barbee, due to the numerous victims and jurisdictions that were involved. They conducted a very thorough investigation which allowed them to build a strong case against Foster in court.”

Foster plead guilty to eight charges this morning in criminal court for his involvement with sending threatening letters to numerous victims that included multiple elected officials, including numerous judges that are currently or have historically served the State of Tennessee.